I used the D C kits hastings power car and coach but for the EPB end I made from replica parts this also allowed me to use the Replica powered chassis. It wasn't until I started the kit I realised the hastings power car is a long and has four passinger windows down the side this limits you to one tadpole set which is 1206 and only in the 1980's as I wanted to do one in the 70's so with a bit of resecerh I found out 1206 had a replacement power car for 1 month although it was in blue/grey and the rest of the set was in blue so this is how I modelled it. 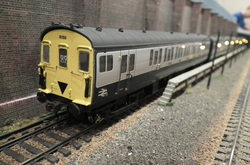 southern pride 2-hap
southern pride 2-hap
I have built this as per the kit with a couple of modifications. It is powered by a black beetle motor bogie.  instead of sticking on the door handles I used peco track pin squese the head with some pliers the drill a hole and glue, the grab handles are made with .045mm wire shaped round thin nose pliers holes drilled and glued. 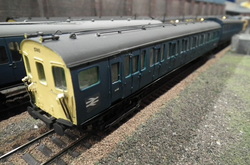 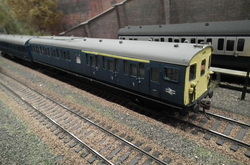 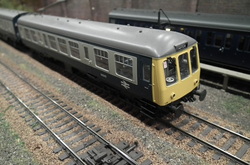 bachmann 108
Bachmann 108
This is as it came out of the box, except I have weathered it 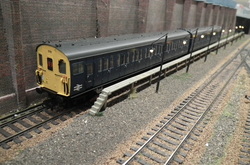 bachmann 2-epb
bachmann 2 epb as out or the box although I have re-numbered it and fitted an dcc chip. 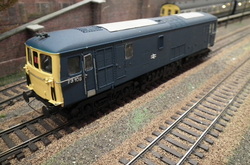 hornby 73
Hornby 73 this one has been fitted with an bachmann class 25 chassis; To do this you will need to remove the metal block from the 25 and grind it down until it fits into the 73 chassis then it will also need to be cut and extended then add the side frames from the 73. I have also fitted a sound chip to this loco from dcc concepts. 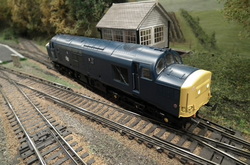 bachmann 37
Bachmann 37 as standard and with sound 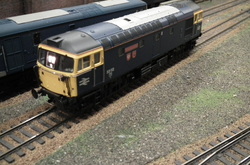